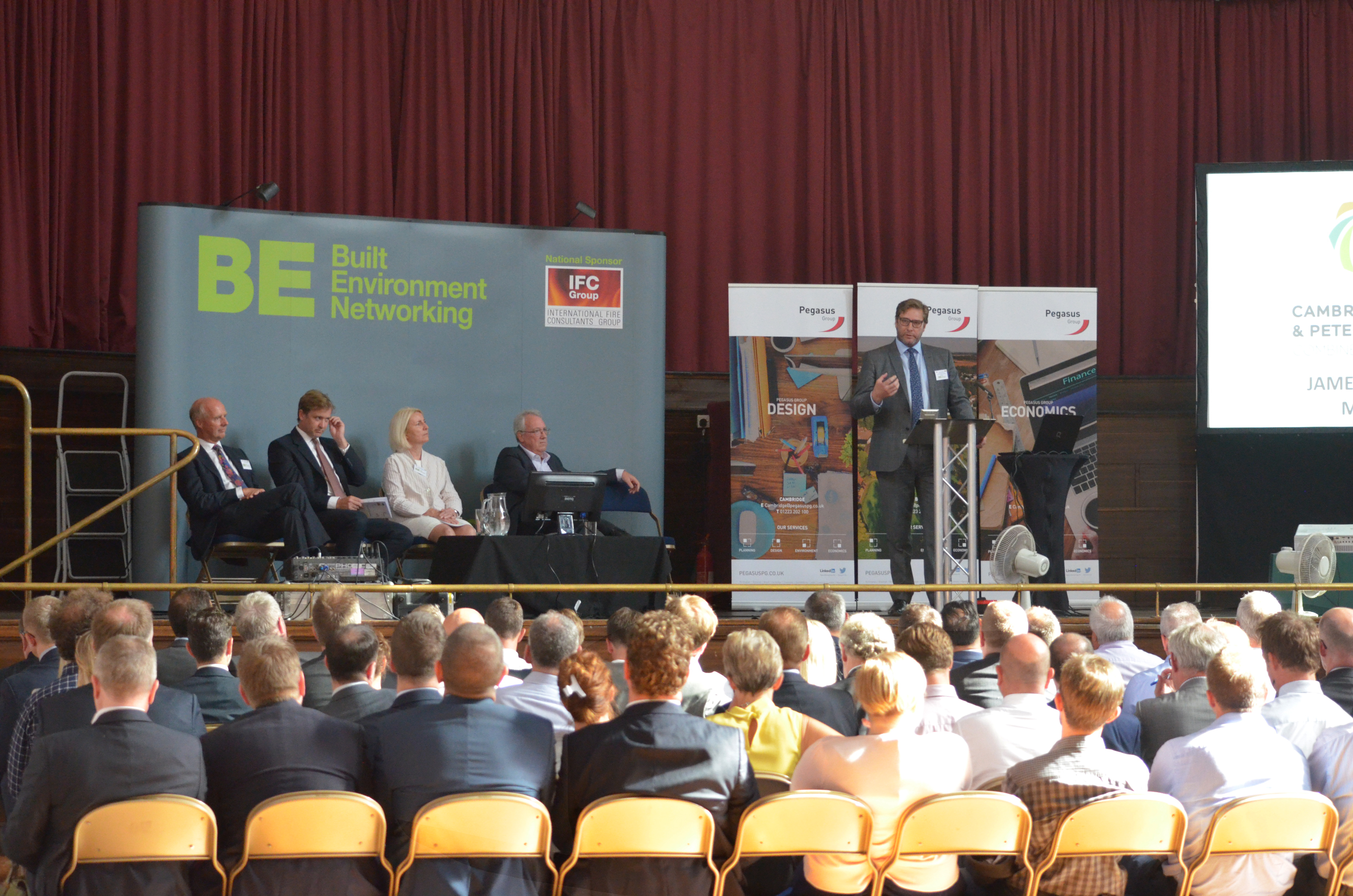 Cambridge’s directly elected mayor has backed taxing land values to help pay for the infrastructure, including an underground railway, which he said is needed to help bring forward development around the city.

James Palmer told a Built Environment Networking event in the city there was a requirement for a mechanism to capture the increases in land value that would be triggered by the new road and rail developments being planned in the area.

He estimated that the land along the mooted 40 mile extension of the M11 north of Cambridge, which will cost up to £25m per mile to build, could be sold off for 100 times its current agricultural value once the infrastructure is complete.

“Land values will go up exponentially around that road, which is very nice for people that own it,” said Palmer. The Tory mayor said that the public purse should be able to capture some of this uplift in land value in order to help pay for the infrastructure.

Palmer, who won May’s poll to head the Cambridge and Peterborough combined authority, said: “Unless we improve the infrastructure we are not going to build anywhere near the housing we need. Simply waiting for the market to deliver is not going to deliver the numbers we need. We need to be ambitious and do something different to encourage more growth and housing. We can deliver more if we capture land values.”

Palmer said Cambridge needed to consider the construction of an underground railway because of the lack of space in the heart of the city for new transport infrastructure.

“You only have to look at the issues building through the city. Imagine trying to build a tram down Prince’s Street: it really isn’t an option.”

He added that expanding the current guided busway was not the ‘right answer’ because it relied on land hungry park and ride facilities.

“Building car parks is not the answer, creating a transport system that gets cars off the road is,” he said.

And he said that the 44,000 extra jobs likely to be generated by the Cambridge economy over the next ten years meant that housing provision needed to be ramped up.

“If people can’t afford to live here now they won’t in the future.”

But he said that the line of the underground and light rail routes could create opportunities for building new towns and villages like the London Tube’s expansion had when it was developed.

He said: “We need mechanisms that capture long-term value and to escape from the value destruction of short-termism.”

Goldsmith also called on his fellow developers to stop attempting to sidestep their affordable housing obligations.

He said that increasing the proportion of affordable housing in developments to 40% would increase the rate of supply of new housing by 25%, adding that the existing ‘house builder promoter model’ is ‘broken’.

Pointing to figures showing that the price of the average home in Cambridge is 16 times average annual earnings, he said that the typical worker in the city would need a 130% pay rise to afford a mortgage.

“We all want to see the economy continue to grow but workers need housing. It’s no good unless housing is affordable.”

Tim Leathes, development director of Urban and Civic, said that existing transport patterns around Cambridge were imbalanced with almost double the number of journeys at rush hour from the north to the south of the city than vice-versa.

He said that recent employment growth in Cambridge has been ‘substantially’ to the north of the city centre with the development of ‘world class’ employment centres like the Cambridge Science Park.

However he said the south benefited from ‘much better’ infrastructure and a better supply of  quality housing in the northside of Cambridge.

However Leathes said that the construction of new transport facilities, such as the new rail station at North Cambridge, meant the ‘geography of Cambridge is starting to shift’.

He said that the major housing sites, which Urban and Civic is bringing forward at Northstowe, Waterbeach and near St Neots would help to redress the traditional imbalance between the areas to the north and south of Cambridge.

Turning to his own company’s schemes, Goldsmith said that Turnstone had secured consent for phase 1 last week of a leisure scheme it is carrying out in partnership with Colchester council.

The consent includes a 12 screen cinema, which will be operated by Cineworld and an Active Leisure centre, which is due to open in 2019. The second phase incorporates 12 restaurants and a Travelodge hotel.

He said the company would be submitting a planning application later this year for a scheme including an 11-screen cinema, an Active Leisure centre, a Travelodge hotel and 10 restaurants, which is due to open in 2020.