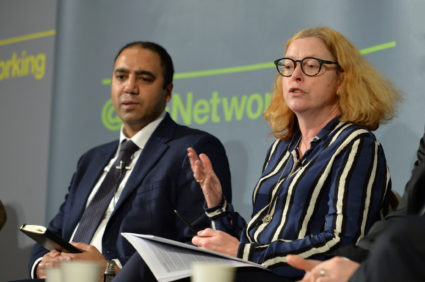 Anita Charlesworth, the Director of Research and Economics at the Health Foundation, told delegates at the recent Healthcare Property and Development Conference of the spending dearth in healthcare. She said: “We now spend a third less in real terms, than we did in 2000, which is not a picture that is repeated across Europe. Other countries have deepened their investment per worker.”

She continued: “We stand as a real outlier; we’re particularly under-investing in equipment.”

This is despite the fact that there was a £20bn investment in the day to day operation of the NHS announced in the summer of 2018.

Charlesworth urged a call to action on funding: “If we are to aim to be a modern healthcare system that supports its workforce to do a good job and work effectively, it’s hard to imagine that without additional capital investment.”

Nick Kirby of Shelby Group remarked on the major staff shortages within the healthcare system: “Social care has over 100,000 vacancies similar with the NHS side and an increasing number of staff saying they refuse to work additional hours.”

The changing in the structures of funding was discussed by Kirby: “There is a more centralised prioritisation of how investment decisions are going to be made.”

This was echoed by Adrian Powell, Head of Property Development at NHS Property Services who noted how “the loss of PPI and PPE means everything is on balance sheet.”

This has also led to consolidation within the NHS, as Kirby described: “Within the NHS family there’s been a very significant interval change with NHS England with NHS improvements coming closer and closer together.”

He expressed the view that this would be positive for the service: “Once that’s bedded in the NHS will be in a stronger position.”

Charlesworth described how this shift would change the way the NHS approached development: “Where there was a lot of private finance, we had 240 independent organisations, we were operating in a very project to project fashion. We are now going to have to move to a lot more strategic, top-down approach to capital.”

The increasing pressure on housing for NHS staff is a key issue that was raised by Kush Rawal, Residential Investment Director at Metropolitan Thames Valley Housing, who said: “For about a decade now we’ve been working with a lot of different trusts, in terms of key worker housing.”

Rawal proposed expanding the patient hotel system to overcome the problem of “bed-blocking” by primarily elderly patients who need social care adjustments to be arranged before they can be discharged. Rawal suggested that these patient hotels could save as much of 9/10th of the cost of accommodating people vs a traditional hospital bed.

The healthcare sector is going to have to deal with increasing demand as life expectancies continue to rise, and it is clear that one way or another it needs to secure the funding to be able to provide top quality care.