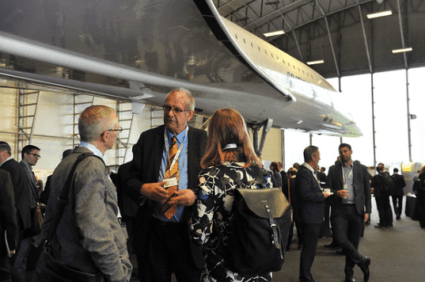 Offsite manufacturers are hiring talent and adopting techniques from the video gaming industry to help design innovative new buildings, the firm behind the delivery of Dublin Airport’s €22m new passenger facility has said.

Wayne Yeomans, Head of Business Development at The McAvoy Group, which delivered the new building at Dublin Airport using offsite manufacturing said: “We are seeing more clients who are opening up to the idea of what offsite is. We are using technology which is coming from the gaming industry – we’ve got self-confessed gaming nerds within our construction teams which are using the technology to its potential.

“If we say we are using Hololens technology, which looks to the average person like safety glasses onsite. But for a client you can put those glasses on in a blanket field you can see where that building is going to go, you can walk across a field and see where that building is going to go. It’s not on a laptop now, it’s in a field. That’s how the gaming technology is pushing forward the offsite process. In a traditional build process, you won’t get that.”

According to Mr Yeoman the new 19m-wide building is the largest single span modular building to be constructed in the UK or Europe, and was assembled on site in 16 days as part of a programme to minimise disruption as much as possible for the Airport, which remained open at all times.

Mr Yeoman added: “Becoming a contractor 10 years ago meant we could bring forward innovative and cost effective solutions – a new passenger terminal for Aer Lingus – a no-compromise solution in terms of look, reel integrity and robustness. Delivering a full terminal from concept to completion in a 16 months period was a challenge in its own right, but movement from the existing terminal to the new one had to be seamless.”

“Our structure had to meet all the demands of a permanent building solution, we looked at how to minimise impact to the airport and bring forward ultra-fast delivery, minimise deliveries in and out of the airport and crane movement. We looked at innovative lighting solutions, M&E solutions that we could encompass at the factory before we got on-site. We were quite conscious of the fact we couldn’t have deliveries going into that site compound every day of the week so had to do as much in the factory as possible.”

“We actually got it down to 77 modules in the finish which we have a passenger terminal over 100m long and over 20m wide – it was an achievement to get it down to such as small number of modules laid down over a 16-day period.”

Lorcan Tyrell, Development Director at Dublin Central added that despite the restrictions that bind public bodies in their procurement processes, the airport had managed to innovate when it came to new projects: “Dublin Airport is bound by OJEU, it is frustrating as a client to act as a private individual would. However, we are trialing innovative products, to prove them and then to procure them.

“It [the new passenger facility] is as good as any if better than any traditional build, I think that BIM technology is being used to produce the factory accuracy that you would never achieve onsite. We’ve gone from pre-fab’s to modular buildings to these today which have a 60-year lifecycle design, they are as good as traditional build. Who knows, even where 3D printing is going, we may well be printing buildings in the future.”

London Luton Airport’s Development Director Anita Gackowska said the airport was also innovating and striving to raise the number of passengers that travel to the airport by public transport. The airport is currently limited by planning to 16m passengers per year but is expected to have approval for a second terminal to be built by 2027 which will allow passengers to rise to 32m.

Ms Gackowska added that the airport had found a wide range of different issues were important to how the airport’s priorities were perceived depending on which demographic was consulted. With older residents holding very different views to younger people. She added: “One of the things we have been doing in planning for our second terminal is not only engaging with the community, we have started to work with key businesses to understand what they want from the facilities and what their businesses will look like in the future, as well as talking to youth groups for what they look for.

The youth don’t see noise or access as problems, what they were concerned about was climate change, and their opportunity as they saw it was jobs. We’ve been using them as a sounding board as well.