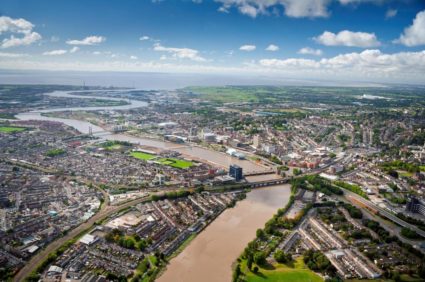 But Cardiff council has criticised the idea, revealed in the Welsh Government’s proposed new national development strategy for the next 20 years, saying it could take jobs and investment out of Wales.

In the proposed strategy the Welsh Government says it “supports Newport as the focus for regional growth and investment and wants to see the city play an increased strategic role in the region”.

The Welsh Government says development plans drawn up by councils across the region “should recognise Newport as a focus for strategic housing and economic growth, essential services and facilities, transport and digital infrastructure, and consider how they can support and benefit from Newport’s increased strategic regional role”.

The proposed strategy says the Welsh Government will work with councils in south east Wales and England “to promote Newport’s strategic role and ensure key investment decisions in Wales and England support Newport and the wider region”.

Cardiff is expected to be one of the fastest-growing cities in the UK with a 26% growth in its population over the next 20 years.

But the Welsh Government’s proposed strategy says Cardiff “cannot continue to expand indefinitely without major consequences for the environment”.

“It is a compact city nearing its physical limits, which include Caerphilly and Garth mountains to the north and the Bristol Channel to the south,” the proposed strategy says.

“Cardiff must generate and support regional growth throughout the south east while enhancing its status as a vibrant capital city of Wales.”

The Welsh Government’s proposed plan says Newport’s public transport system will be improved by the Metro and the city “benefits from established road and rail links with Cardiff, Bristol and London”.

It says the Welsh Government is “determined to see development and growth in Newport, allowing the city to fulfil its potential as a second focal point for the region” and that Newport has “significant brownfield development opportunities” and “emerging highly-skilled employment opportunities in the transport and digital communications sectors”.

Elsewhere in the strategy the Welsh Government says Cardiff should “retain and extend its role as the primary national centre for culture, sport, leisure, media, the night-time economy and finance” and that it would support the capital’s status “as an internationally competitive city”.

But Cardiff council has said the strategy could undermine the capital’s role “as the economic driver of the Welsh economy”.

The council’s ruling body agreed this month to tell the Welsh Government that it supports the growth of Newport but that it’s “very concerned that rather than promoting and supporting economic and population growth in Cardiff and Newport the framework is instead proposing a dispersal of growth from Cardiff to Newport”.

“Cardiff council would argue that such a policy of dispersal could undermine Cardiff’s role as the economic driver of the Welsh economy and run counter to delivering sustainable long-term economic growth in Wales,” the council has said.

“A policy of dispersal runs the real risk that the jobs and investment currently attracted into Wales by the capital city will not be deflected to Newport but instead would be directed to Bristol and other core cities and thus not come to Wales at all.”

The Vale of Glamorgan council has also criticised the proposed strategy, saying it ignores how the growth of Cardiff is affecting the county, and a potential need for a greenbelt along the west of the capital.

In its response to the Welsh Government, the Vale council said: “The Vale of Glamorgan, directly to the west of Cardiff, faces extreme pressure for growth in response to demands from Cardiff given their close proximity and strong transport connections.

“However this has resulted in significant environmental effects in the eastern part of the Vale of Glamorgan in particular, where transport infrastructure is struggling to cope with the demands.”

A Welsh Government spokesman said: “The closing date for consultation responses is November 15 and it would be inappropriate to comment further. The council’s comments will be considered alongside all other comments. We will issue a report on the consultation outlining any changes we propose to make in due course.” /emaillocker]