This event will delve into the regeneration, development and investment opportunities across Dundee with key stakeholders and decision makers – highlighting impressive projects and the future ambition for the region.

Dundee is undergoing major transformation; with the £1billion re-development of the city’s waterfront well underway as well a major housing regeneration in the pipeline the city is fast becoming one of the best areas in the UK to invest in.

This webinar will focus on the development activity in Dundee, whilst also addressing some of the key issues and challenges and opportunities on the horizon for the city over the coming years. Dundee City Council and major developers working in the city will be invited to share details on their current development programme and future pipelines which are set to transform Dundee. And you’ll discover why you should be looking to develop, invest and work in Dundee. 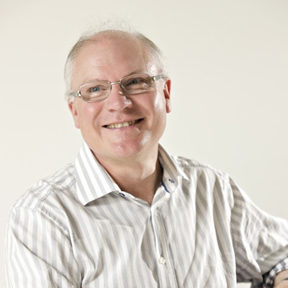 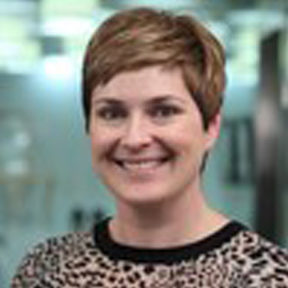 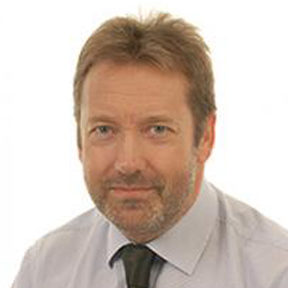 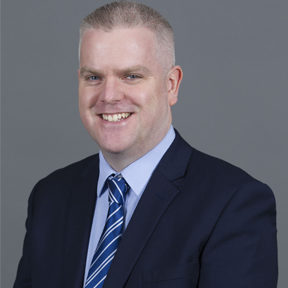 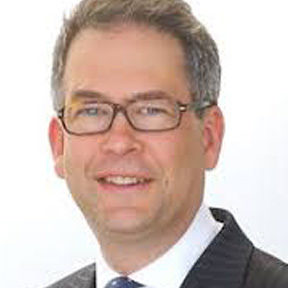 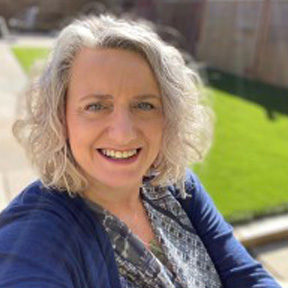 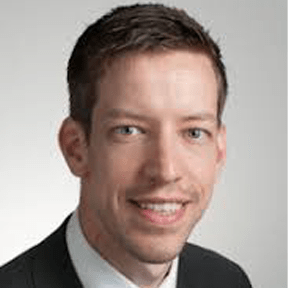 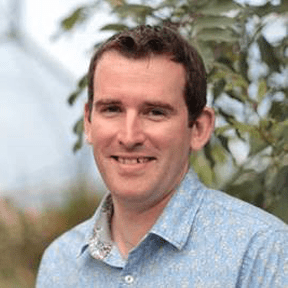 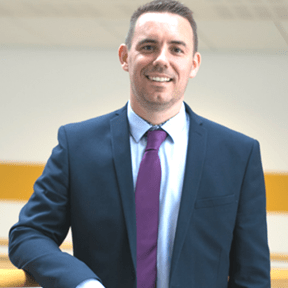 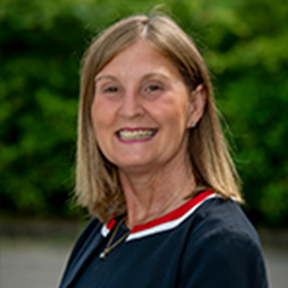 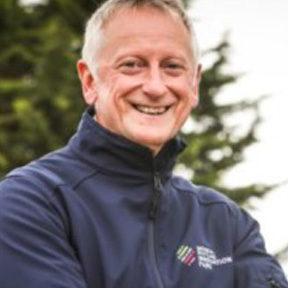 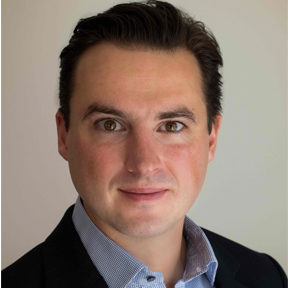 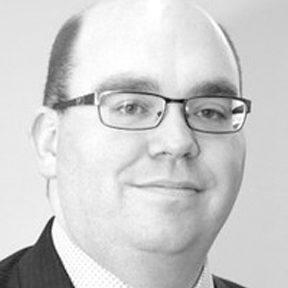 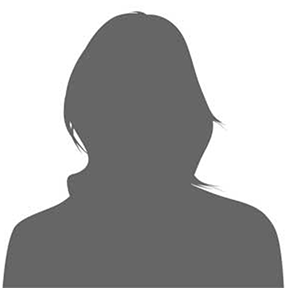 We’re set to have an exceptional line-up of speakers who’ll be sharing intel into their future development projects, plans and vision for across the Dundee. Here’s an overview of the confirmed speakers:

Michelin Scotland Innovation Parc (MSIP) is a world leading innovation parc focused on sustainable mobility and low carbon energy. It’s set to play a crucial role in not only the regional plans to become greener but also the wider UK. Greig will share details on how the parc will create a greener future, through innovation for people, place and planet and the benefits the region can sow from this.

Alison is a well known figure across the region and is responsible for leading the DACC to deliver strategic objectives which look to drive growth and investment across the region. She’ll be hosting the event proceedings utilising her knowledge and experience of multi-stakeholder collaboration to deliver an exceptional agenda.

Born in Portadown, Northern Ireland, Simon was educated at Portadown College and left Northern Ireland in 2001 to attend the University of Abertay Dundee, where he obtained a BSc (Hons) in Business Computing. Following a number of IT related roles in both NHS Tayside and BT, Simon moved into lecturing at Dundee College in 2008, specialising in Network Management and Cisco Administration.

Simon is passionate and proud about the great teaching, learning and the potential of Dundee & Angus College, working with a range of partners, to make a difference to so many peoples’ lives across the region and beyond.

David Webster joined Forth Ports Limited initially as the Port Manager in the Port of Dundee on the 27th of April 2015.  David was promoted to the role of Senior Port Manager in 2018, which brings with it full commercial and operational responsibility for the ports of Dundee, Leith & Methil, and has a direct reporting line into the Chief Operating Officer.

David holds an MBA in Oil and Gas Management from RGU in Aberdeen and a degree in Mechatronics from the University of Abertay.

Prior to joining Forth Ports David worked with Oil & Gas Service Company Weatherford International specialising in Well Construction. His most recent position involved working internationally as a Business Development and Technical Manager for the Sub Saharan Africa region; this was primarily focused on Nigeria and South Africa.  Before this David was a Weatherford Product Line Manager for the Central, Western and Eastern Europe region based in Germany.

The City Development team is responsible for a wide range of services from transport to property maintenance, the control of development and more. Robin therefore has a great pulse on the regional growth strategy and he’ll identify how Dundee will continue to grow its importance as a key player in the Scottish economy – particularly in areas such as contact centres, digital media, financial services, life sciences and more.

Lorna Edwards is the Head of Business Development at Abertay University – the most useful university in Scotland.  Our institutional strengths include design, computer games, cyber security, life sciences and food & drink innovation.  We recognise that harnessing Abertay’s contribution as a local anchor organisation is vital to drive inclusive economic growth and build back better in the Tay Cities Region

Colin is Chief Executive of the James Hutton Institute and is responsible for leading the organisation and its 500 staff and 110 PhD students. He has broad interest in sustainable development and has developed the vision and mission of the institute around the UN Sustainable Development Goals. As a scientist he has over 30 y of experience in soil science and is a Guest professor in the Swedish Agricultural Sciences University. He has also worked in Australia, South America and China looking at semi-tropical and temperate ecosystems. He is an Associate of the Royal Agricultural Societies (2017), a Fellow of the Royal Society of Edinburgh and a Fellow of Royal Society of Biology.

Colin will talk about how the James Hutton Institute projects in the TCD not only tackle the biggest problems facing our world in terms of the nature and Climate crisis but also how in fact they are a massive opportunity to build a better world, build on our authentic local strengths and create jobs.

There are a umber of significant funding announcements which will be confirmed by the start of 2021 and John will discuss the impact that these will have on the City and also provide an update on their extensive portfolio of development projects.

David is Chief Executive for Eden Project International Ltd. which aims to have an Eden Project on every habited continent by 2025. David leads Eden Project International, as well as UK commercial and consultancy developments, including projects in Qingdao, China (scheduled to open in 2020), Anglesea (Australia), USA, Holland, Tiverton and the Middle East. David will be discussing future projects for the site in Cornwall to attract more visitors and investment into the county, with the Eden Project having already generated £2.2bn for the local economy helping to regenerate the region.Australia), USA, Holland, Tiverton and the Middle East.

Amanda is one of the Co-Founder’s of Built Environment Networking – formed almost 10 years ago.

She’ll be hosting a number of the sessions throughout the day, running the days proceedings and managing the interaction between our virtual delegates and the speakers.

After many years of experience in public policy and strategic advice for the tech sector Luc has increasingly found himself specialising in the world’s largest entertainment sector: video games. He wears a few hats but essentially works to promote the positive impact of the creative technology and video games sectors, whilst managing and mitigating the potential harms.

At the Northern Lights Arena Company, he recently announced a multi-million-pound 4,000 seat esports arena and campus for the City of Dundee, in partnership with Abertay University and Angus College, Amazon Web Services & Education and Dundee City Council.

Luc is a regular media commentator appearing on TV, Radio and in print. He has also testified in public regulatory hearings and have keynoted European Council Presidency Conferences on a variety of issues.

Mike Ferguson is a life scientist at the University of Dundee, where he helps colleagues to innovate and to commercialise their innovations. He is co-lead on the Growing the Tay Cities Biomedical Cluster element of the Tay Cities deal. He believes strongly in developing and retaining spin-out companies to attract inward investment and generate quality jobs in the region. Mike is also on the boards of the Wellcome Trust and Medicines for Malaria Venture.

Embark Group is a fast growing, diversified, financial services business and one of the largest retirement solutions providers in the UK. They operate successfully in both the advised and institutional areas of the retirement market through their leading range of pension, wrap platform, research and consultancy services.

Our online webinars will merge our face-to-face events with a virtual platform – providing networking opportunities, an exceptional panel discussion and debate and speaker presentations. The agenda will run as follows:

Where the webinar will take place with excellent speakers and content. You’ll be able to get involved, asking questions and taking part in live polls.

Just like a real event you’ll be able to meet and connect with new people in our forum. You can directly request to chat with someone or you can enter our ‘speed networking’ area to meet numerous new people within the industry. Get your elevator pitch ready!