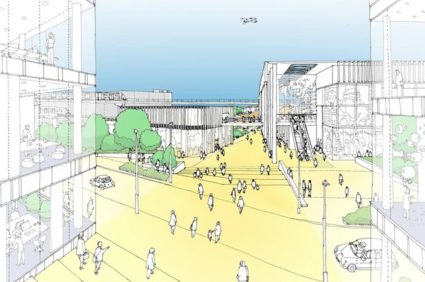 Council chiefs have agreed a £286 million business case for a major transport hub next to Birmingham International Airport and The National Exhibition Centre. The scheme plans to create a huge transportation hub at Birmingham International Station in Solihull, which links the existing rail infrastructure and new high speed network together with air, trams, buses, cars, taxis and bicycles – all to be delivered by 2025.

We’re excited to have two key players in the project speaking at our event on the 24th January – the Birmingham Development Plans Conference – which will give attendees the chance to listen to development plans, ask questions during the Q&A or network with our speakers and other delegates. Speaking from the Urban Growth Company will be Managing Director Huw Rhys Lewis. The UGC have led the 18 month feasibility study set up by Solihull Metropolitan Borough Council in 2016 to deliver infrastructure and development across the site, which sits next to Junction 6 of the M42. Also speaking at the conference will be Nicola Henderson-Reid, Senior Project Manager at HS2, one of the key drivers of the transport hub.

The next phase will see the business case being submitted to the Combined Authority and the Greater Birmingham & Solihull Local Enterprise Partnership (LEP) with the aim of securing funding to progress to the design and delivery stage.

Speaking of the scheme Urban Growth Company Chairman, Nick Brown, said: ”Visitor numbers passing through Birmingham International are forecast to triple over the next 20 years, but it could be a major barrier to sustain economic growth in Solihull without this transformation.”

We’re excited to here more about the scheme and hope you can join us at The Council House in Birmingham. You can book tickets here.