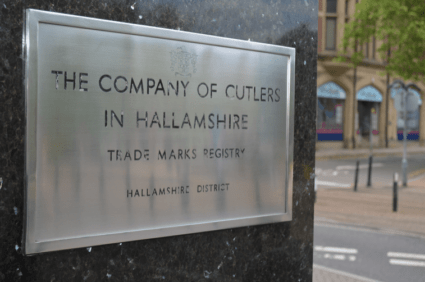 On the 11th January, prominent business and public-sector leaders will come together at the Sheffield Development Plans conference – one of the region’s largest business events of the year within the property, building and construction industry. The event, hosted by Built Environment Networking, will see some of the region’s biggest names in business and local government lead a regional discussion including presentations of ongoing or proposed development plans in the area and future projects for the South Yorkshire region.

Sharon Kemp, Chief Executive of Rotherham Metropolitan Borough Council, will be attending the event alongside other colleagues from the council, and she’s set to reveal exciting new development plans for the region in which they’ll be seeking development partners.

SES Engineering Services, a specialist in the design and installation of building services and infrastructure solutions has been announced as the Programme Sponsor for the conference. Steve Joyce, Business Director North commented: ”SES is delighted to sponsor the programme for the Sheffield Development Plans Conference. South Yorkshire is a crucial part of our regional strategy, so we are keen to understand the influential factors affecting future change in the region.”

Speaking at the event will be Denzil Lawrence, from Boeing Supplier Development, has been confirmed as a speaker at the conference. He’ll speak about the plans to open Boeing’s first factory in Europe in Sheffield to manufacture high-tech components for Boeing’s world-leading 737 and 777 aircraft.

Ruth Nic Aoidh, Executive Director for Commercial & Legal at McLaren Automotive, will discuss McLaren’s new purpose built production facility at the AMRC, a project that will bring over 200 jobs to the region and has potential to expand in the future.

Edward Highfield, Director for City Growth at Sheffield City Council will be giving details of development plans for Sheffield and will present an update on the major regeneration scheme in the city in which he is leading.

Mark Swales, Director of Estates & Facilities at Sheffield Hallam University, will talk about the higher education sector, the role they play in regional development and the ambitious plans of the university as it continues to grow.

Sharon Kemp, CEO at Rotherham Metropolitan Borough Council, will talk about the role that they have to play in both the Sheffield City region and benefits of ‘One Yorkshire’ and ‘Northern Powerhouse’ to Rotherham.

Mary Weastell, CEO, York City Council will be joined by Neil Ferris, Corporate Director Economy & Place; City of York Council and will share the plans that the city has to develop the commercial, residential and transportation infrastructure.

Richard Arnold, Director at Wrenbridge Sport, will give an overview of the York Community Stadium project. Wrenbridge Sport are the development partner and project manger alongside leisure operator Greenwich Leisure Ltd. The project incorporates an 8,000 seat stadium with a leisure complex including a swimming pool, gym, climbing wall and much more including retail and cinema developments on site.

Charles Johnson, Commercial Director; Leeds Bradford Airport will talk us through the expansion plans at the airport and how the new infrastructure links have been a game changer for them.

Tom Devine has worked with the Science Museum Group since 2015 to help bring forward the National Railway Museum masterplan and the Museum’s role in the York Central Partnership.

This event will provide an opportunity for those within the industry to gain insight on projects likely to take place within the region, whilst also giving a platform to debate and discuss the issues at the top of the economic and regional agenda.

For more information or to book tickets to the event click here.