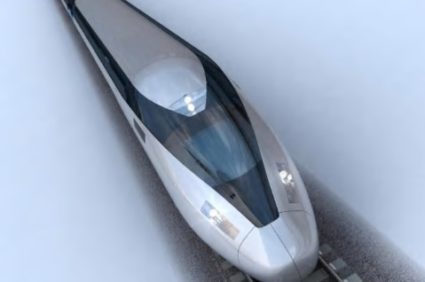 Solihull Council have received £10.2m in funding to help prepare the area for the imminent arrival of HS2 as the infrastructure project builds momentum. The funding, provided by the West Midlands Combined Authority, will help the Council deliver large transport and infrastructure schemes and improvements to help the region get ready for the huge development and regeneration HS2 is set to bring.

HS2 is set to bring major developments – including commercial and residential – to Solihull, details of which will be shared at the HS2 Economic Growth Conference. This will bring the need for substantial investment into regional travel routes with new technologies also needing to be supported such as low energy carbon and improvements for the expected increase in electric / autonomous vehicles.

The funding will help the region integrate their community and surrounding areas into the wider investment happening in Solihull and the West Midlands – with major plans supported by HS2, Highways England, Transport for West Midlands and the Midland Metro Alliance.
What will the funding helping unlock? The arrival of HS2 will have a phenomenal impact on Solihull and the West Midlands, driving economic growth, job opportunities, available housing, social mobility, connectivity, productivity and much more! Some of the key which will be unlocked include:

The opportunities are huge, all of which will be the focus of our HS2 Economic Growth Conference, supported by HS2 Ltd, which will bring together senior business leaders who’re at the forefront of the HS2 vision. Part of the event discussion will bring together those central to the Solihull development – with the expansion of the UK Central Hub – with massive opportunities for growth for those in the region including Birmingham Airport, NEC, Birmingham Business Park and Jaguar Land Rover. The likes of the NEC Group and Birmingham Airport are set to exhibit at the HS2 Economic Growth Conference to share what the future of their estates could look like, and what plans are in their pipeline for the future – alongside leaders from Urban Growth Company, Greater Birmingham and Solihull LEP, Birmingham City Council, Midlands Connect and many more!

Speaking of the announcement Cllr Ted Roberts, Cabinet Member for Transport and Highways, said: ”Investment in our key schemes across the borough will help make sure our infrastructure is ready for the growth created by HS2 and allow us to ensure we continue to have the right conditions for people to live, work and invest.”

Cllr Roger Lawrence, Leader of the City of Wolverhampton Council and West Midlands Combined Authority Portfolio Holder for Transport, commented: ”We’re committed to using the powers and funding being transferred from Whitehall to the West Midlands to bring about economic growth that benefits all of our communities. We need an efficient and fully connected transport system to support that growth, which is why the West Midlands Combined Authority is helping to fund infrastructure projects of this nature which will not only benefit Solihull but also Birmingham, Coventry and other key destinations across the West Midlands.”

Tickets for the HS2 Economic Growth Conference can be purchased by CLICKING HERE.

The conference is set to see 1,000 delegates, over 45 exhibitors and 75 VIP speakers join us in Birmingham on 7th November 2018.