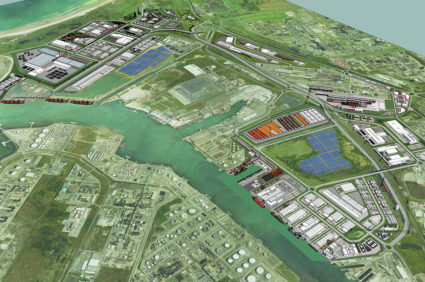 The purchase of a huge site in Redcar have taken a big step forward today – with the issuing of a Compulsory Purchase Order (CPO) noticed being issues to all the landowners today. The Tees Valley Mayor’s office and authorities are keen to complete an agreement in the next few weeks with landowners, with the CPO being seen as a ‘plan B’ in case discussions pause.

South Tees Development Corporation (STDC), who are set to speak at our Tees Valley Development Plans Conference in a few weeks time, is leading the significant move to develop the 4,500 acre site. The STDC is the first body of its kind, headed by the Mayor Ben Houchen, outside of London, and the former steel-works site is set to see the largest industrial regeneration project in the UK.

The derelict land was previously used for industrial purposes and had done for 170 years before Thai firm SSI collapsed in 2015. The land was then claimed by Thai banks looking to recoup cash loaned to SSI, whilst their collapse led to 3,000 job losses.

Mayor Ben Houchen said: ”We’ve over 97 global companies wanting to invest on the site, but first we need to secure ownership of the land. We’re engaged in advanced discussions with the Thain banks, but it would be wrong not to start compulsory purchase proceedings in parallel. This is an important next step in taking back control of the site so we can secure even more private investment. Once the land is in local hands, we will get private investors on site as soon as possible.”

The South Tees Development Corporation have huge ambitions for the site, with their vision being to create 20,000 new jobs within the next 25 years. The mayor stressed that the CPO would not mean STDC taking ownership of any private homes or farms within the site.

It’s a massively exciting time for the region, and you’ll want to be there to hear more. Join us for the Tees Valley Development Plans Conference on the 16th May!